Mothers of each other 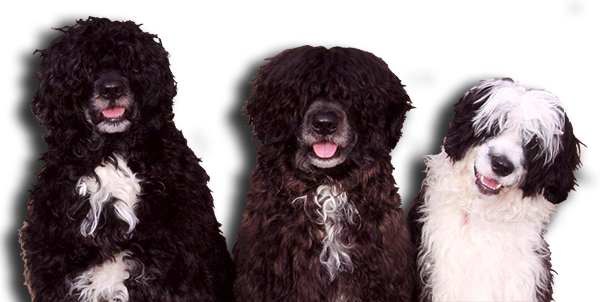 The Caladesi Portuguese Water Dog is a strong, robust, medium-size dog with a non-shedding curly or wavy coat. They are naturally exuberant and highly intelligent dogs. They are very mouthy as puppies and in need of proper positive training. The Caladesi PWD can be quite inclined to make their own decisions. With authority, love, patience, and proper training, good behavior is reinforced and bad behavior can be deterred.

At 15 months old Delta became a National Champion. At 19 months old she earned her AKC Championship. Delta has also earned the Canine Good Citizens award and the Therapy Dog International award. She has been working as a registered therapy dog with special children since she was 9 months old. 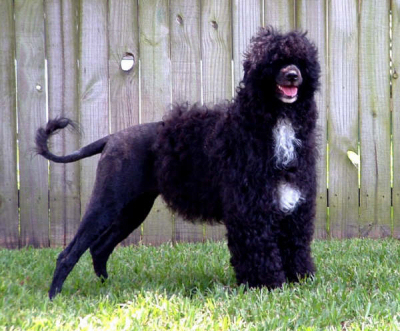 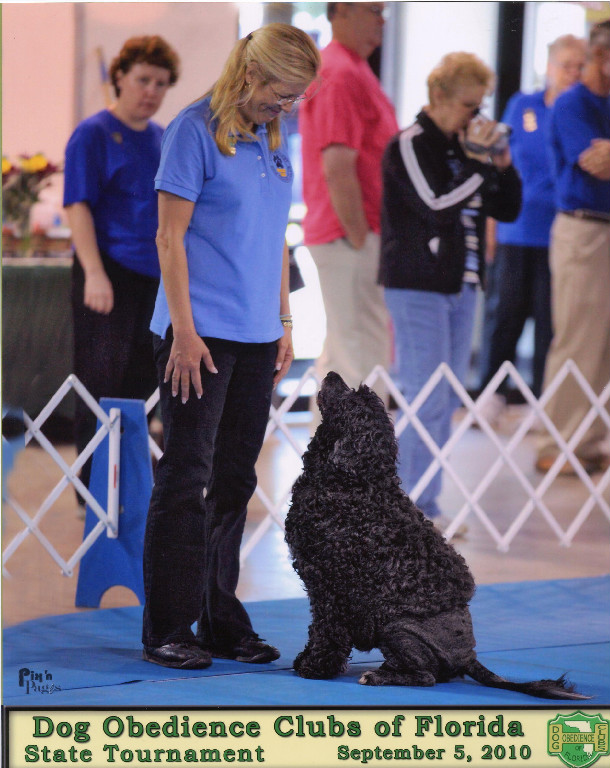 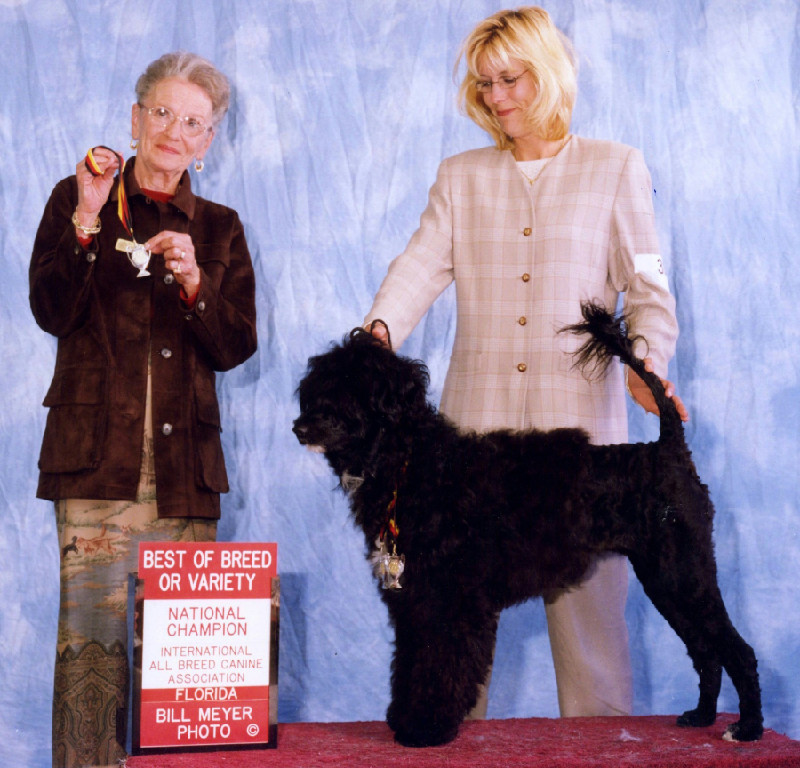 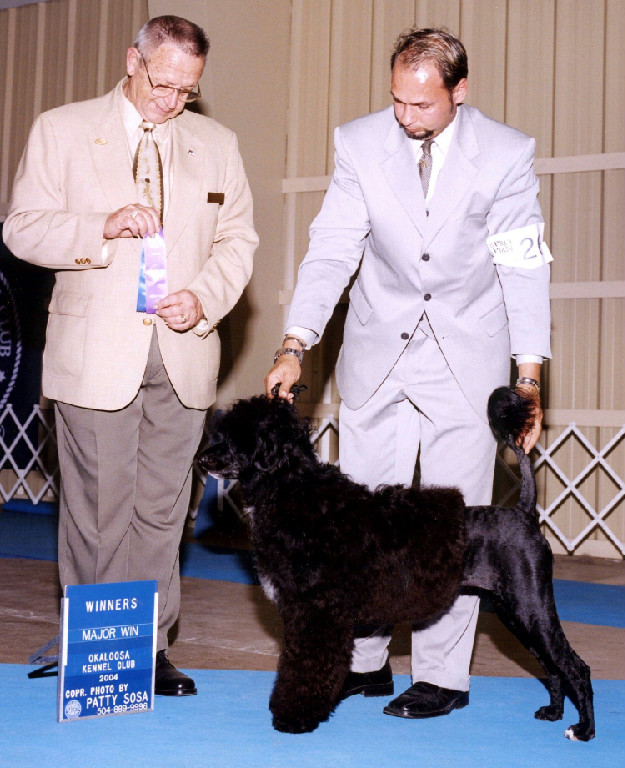 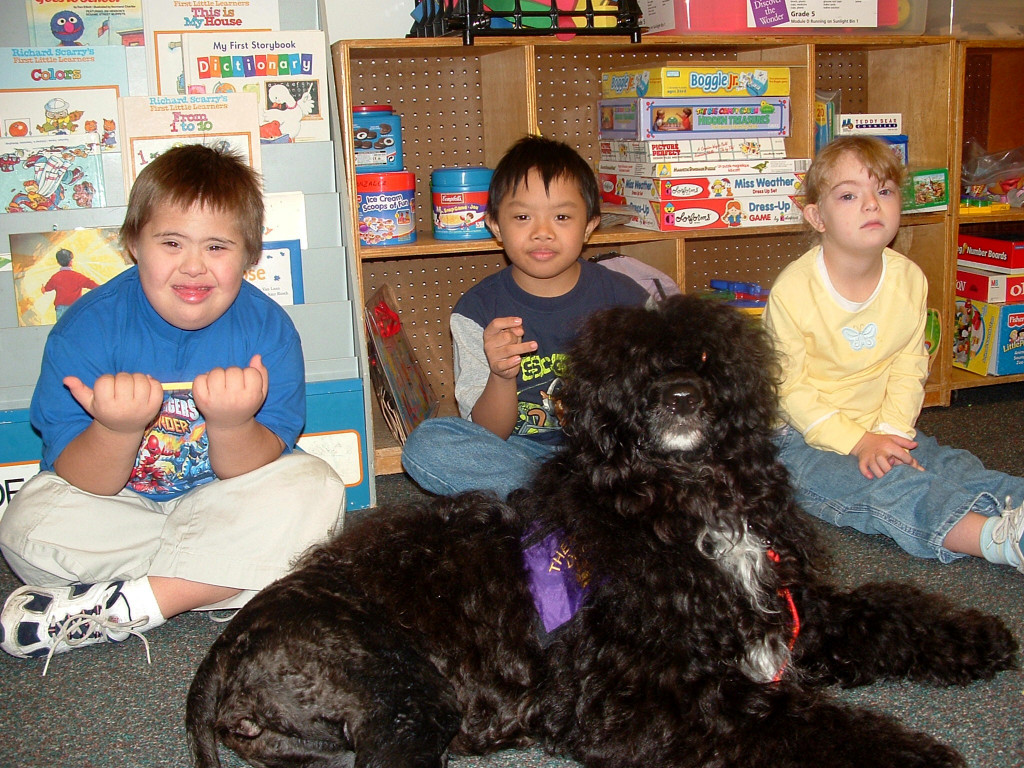 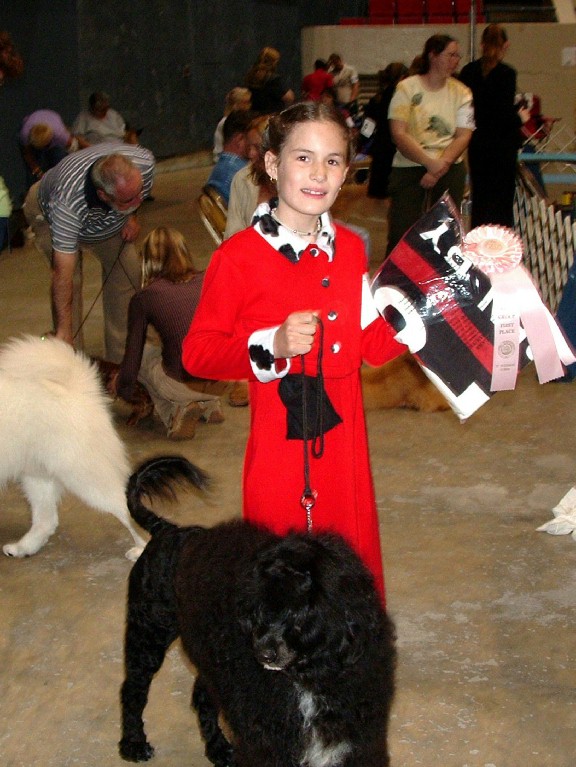 Echo's debut was at Eukanuba Invitational in Tampa, Florida, January 14–15, 2006. She was displayed for hours at the PWD Breed Booth sponsored by AKC. Echo showed for the first time on January 21, 2006 in Brooksville, Florida at the regional club, USSPWD. Echo showed in the Atlanta and Perry, Georgia shows and during the January Circuit in Florida. 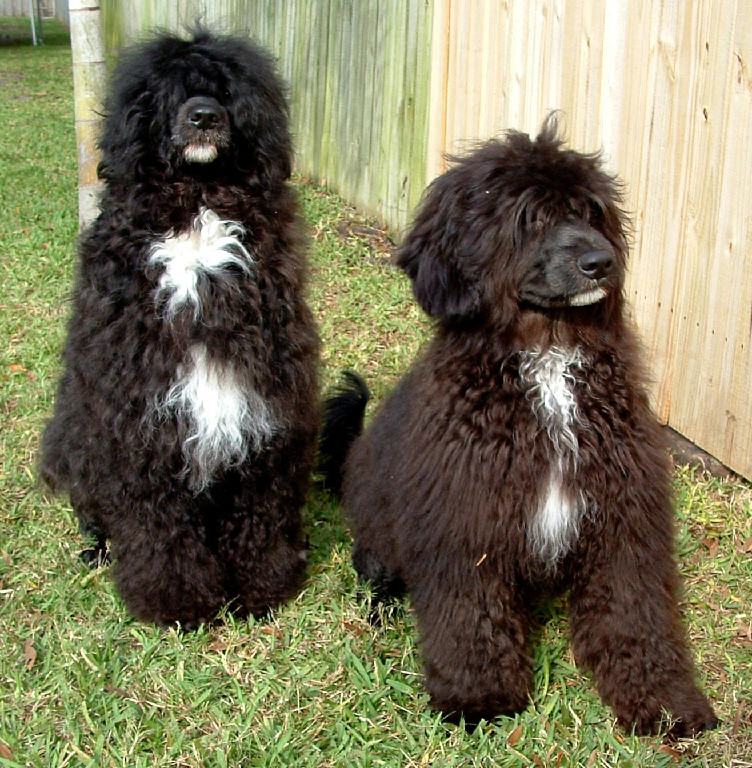 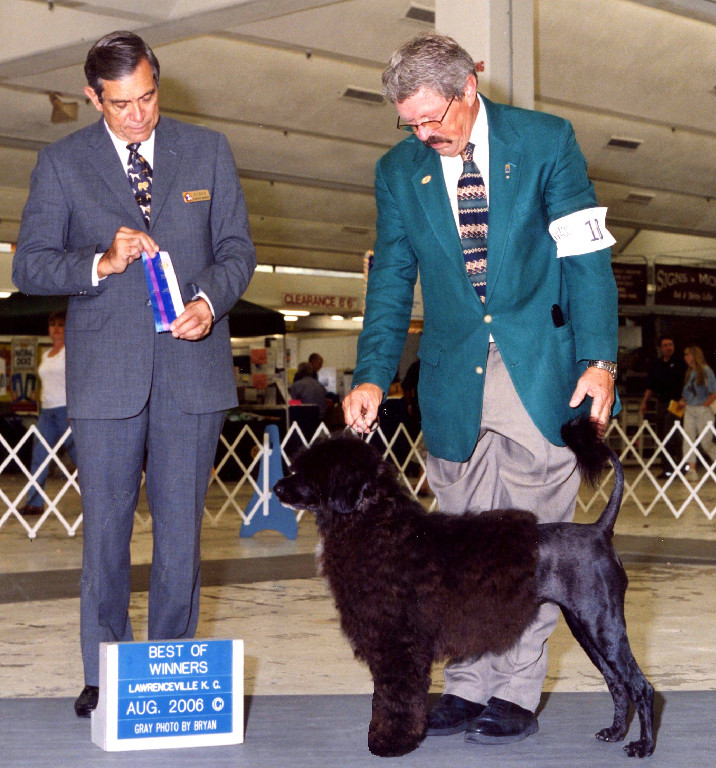 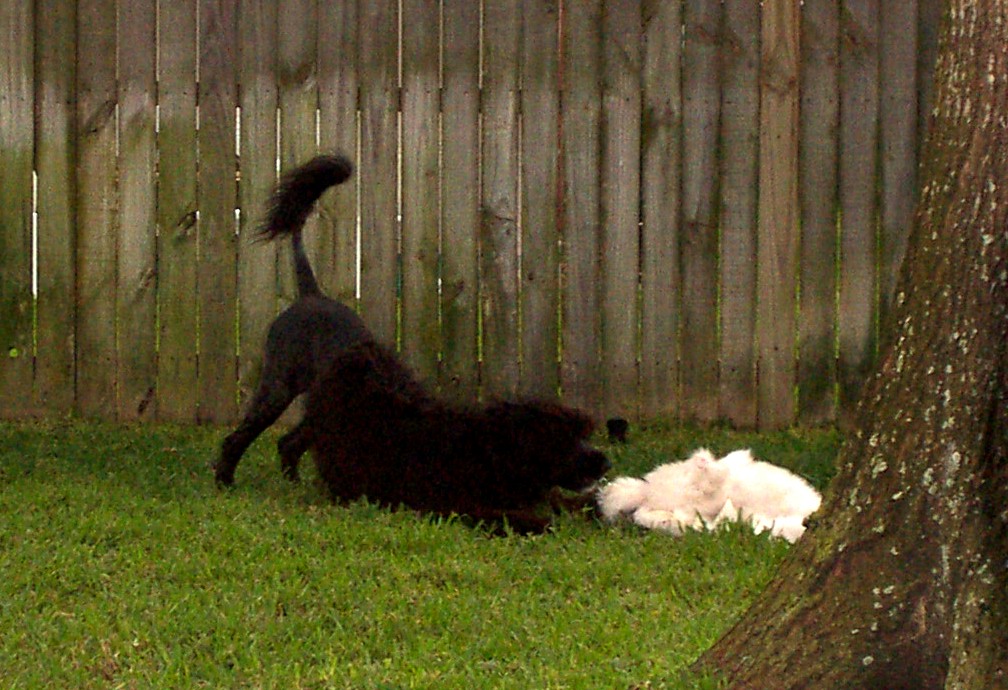 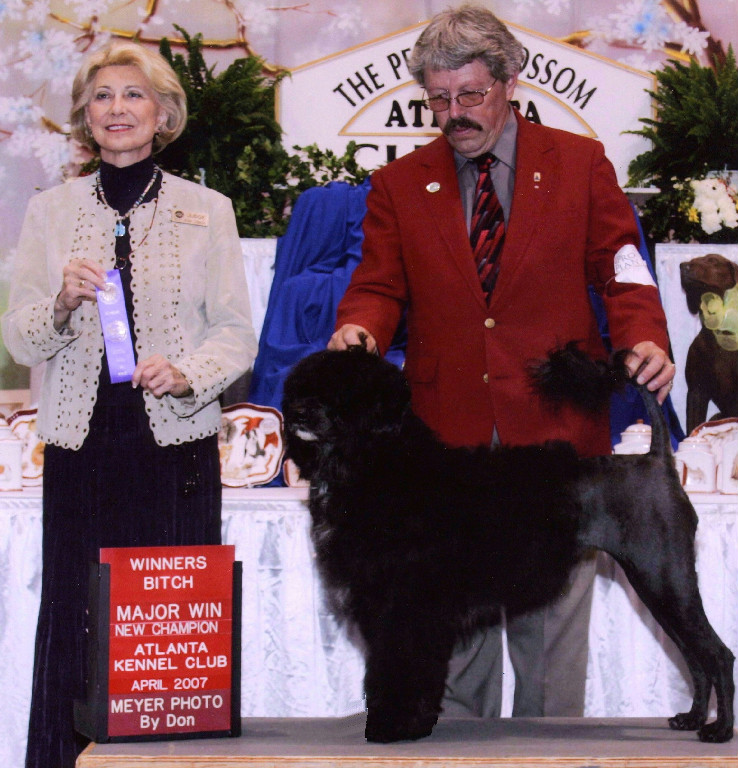 Tango earned her AKC Championship finishing Best of Opposite to her Dad winning Best of Breed. 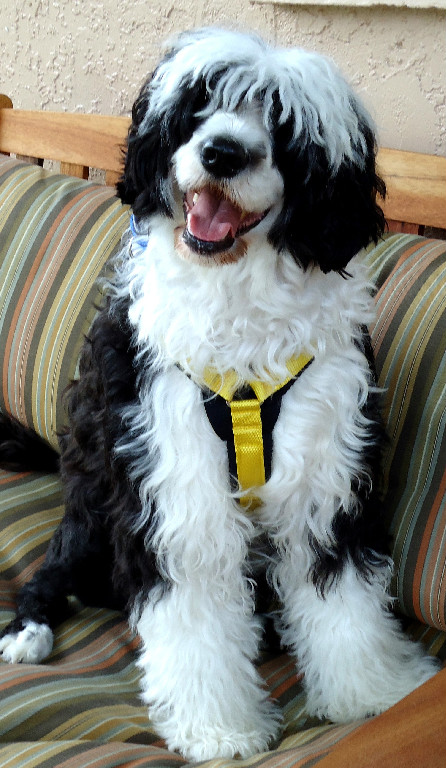 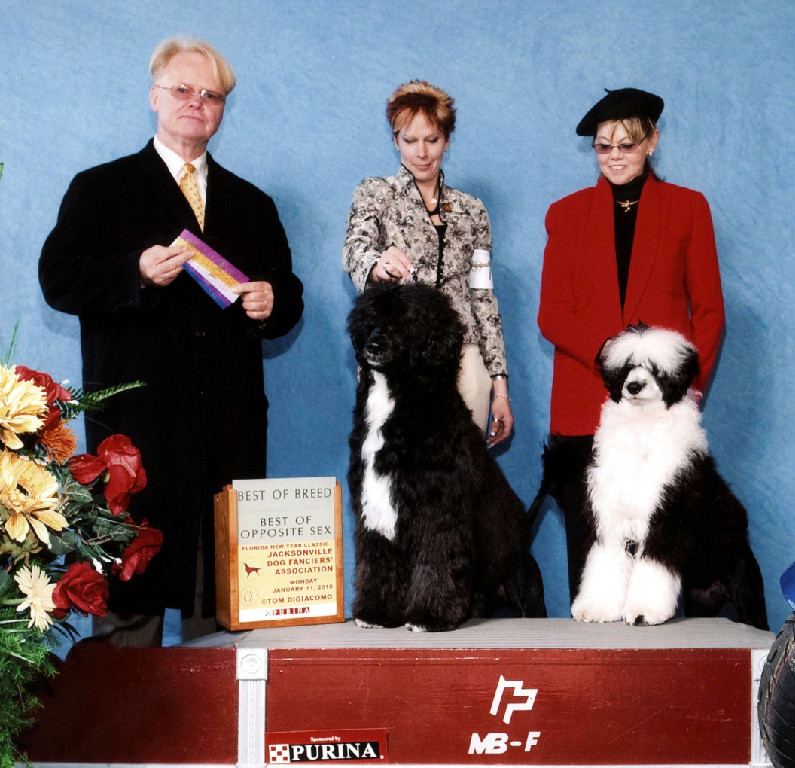 Candi has showed a few times placing every time getting her points necessary to become an AKC Champion. She got her first Major in the Working Dog show in Tampa, FL. She is a great retriever, hard worker and easy to train. Her next acheivement will be a working dog title in the water. She loves the water love to retrieve and she has never met a stranger. Watch for her next year. She is the next generation of Caladesi coming in 2019. 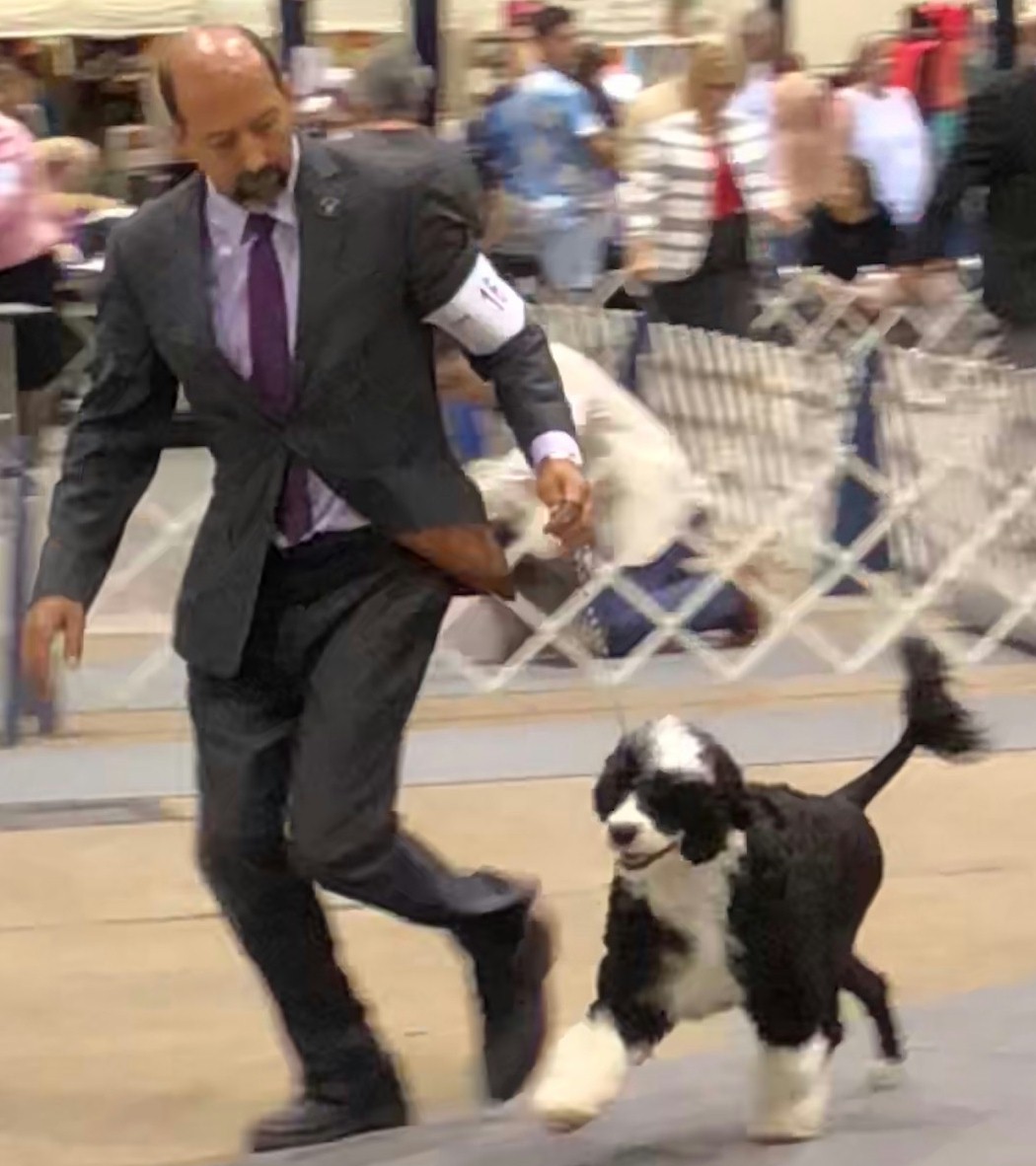 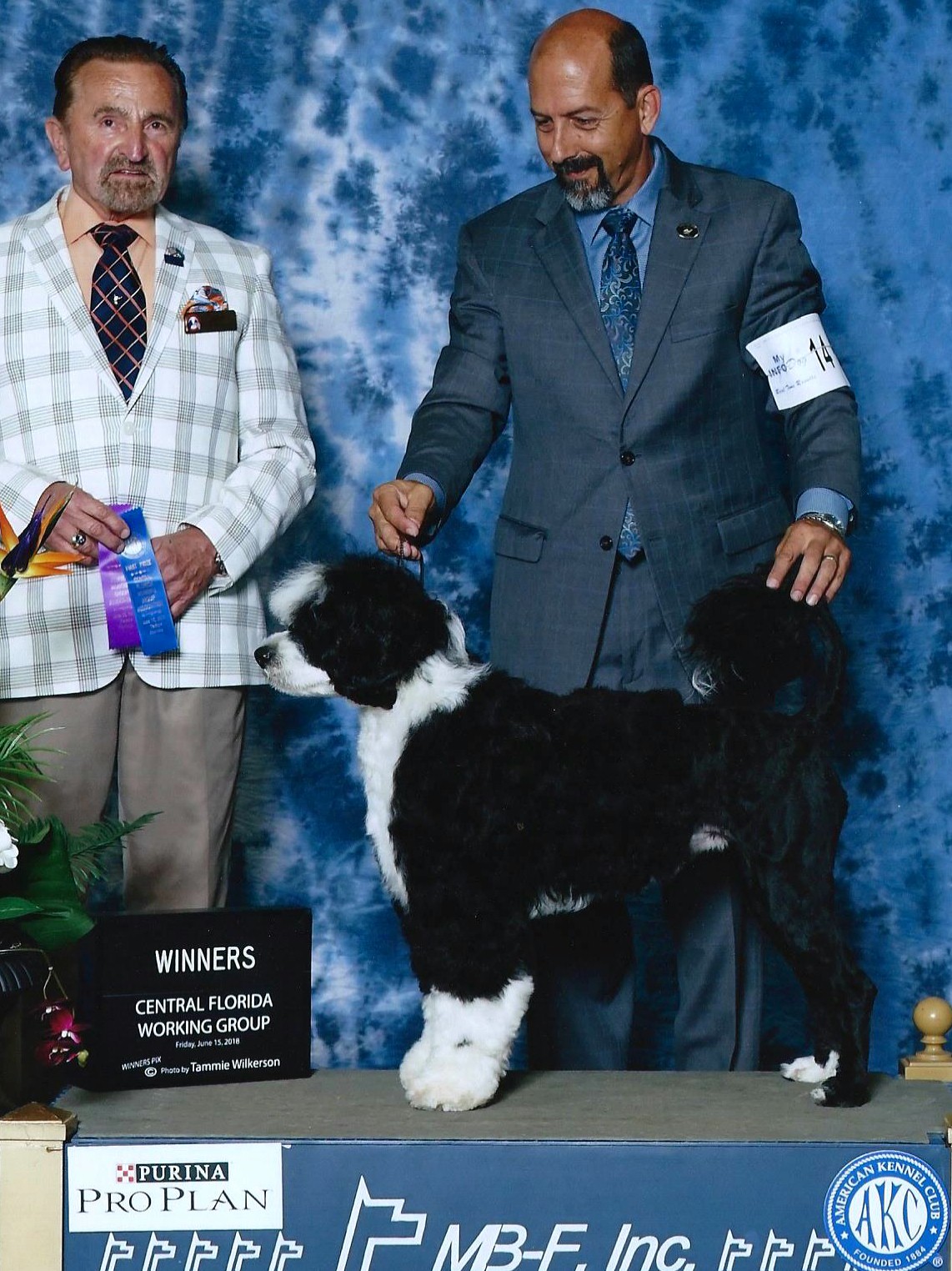 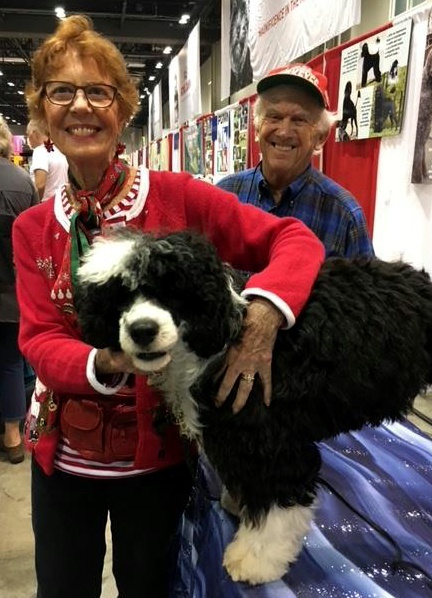 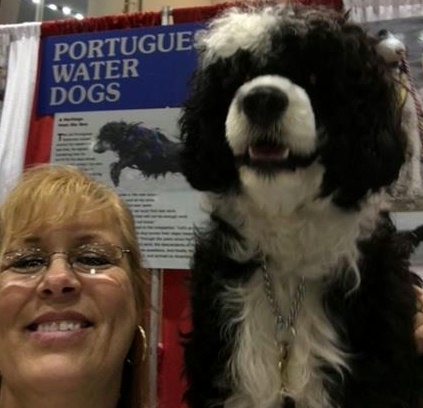 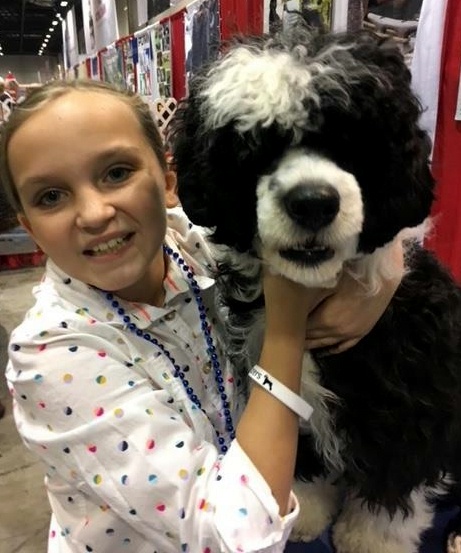 Savannah is the perfect PWD. She is beautiful, a great representative of the breed. She is eager to work with me and easy to train. She has a happy, serious, therapy temperament. She finished her limited show career with 4 majors in three showings. She has her first leg for her BN title in obedience. She will get several more obedience titles between her breedings for she just loves working on obedience with me. She understands communication.. 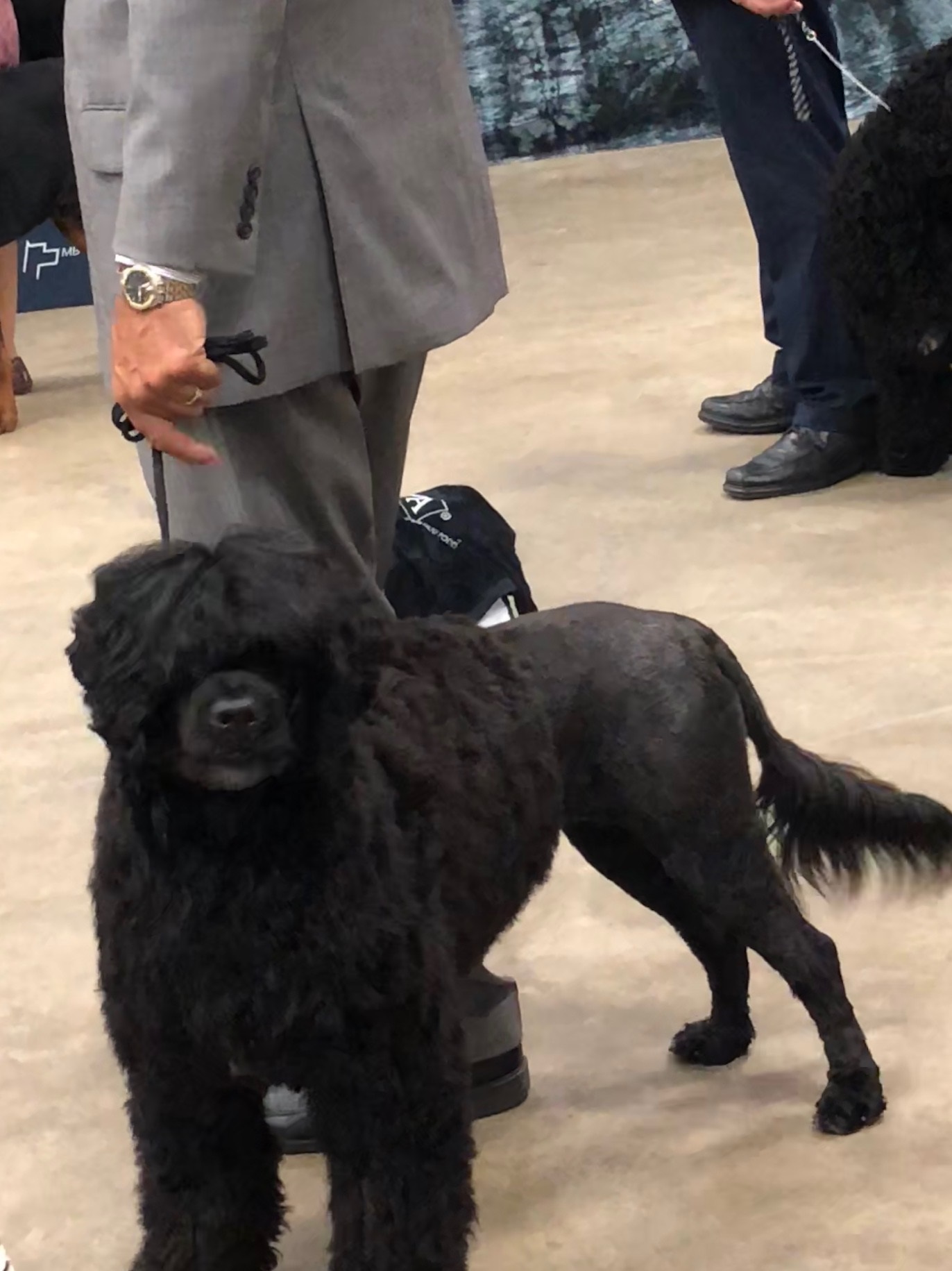 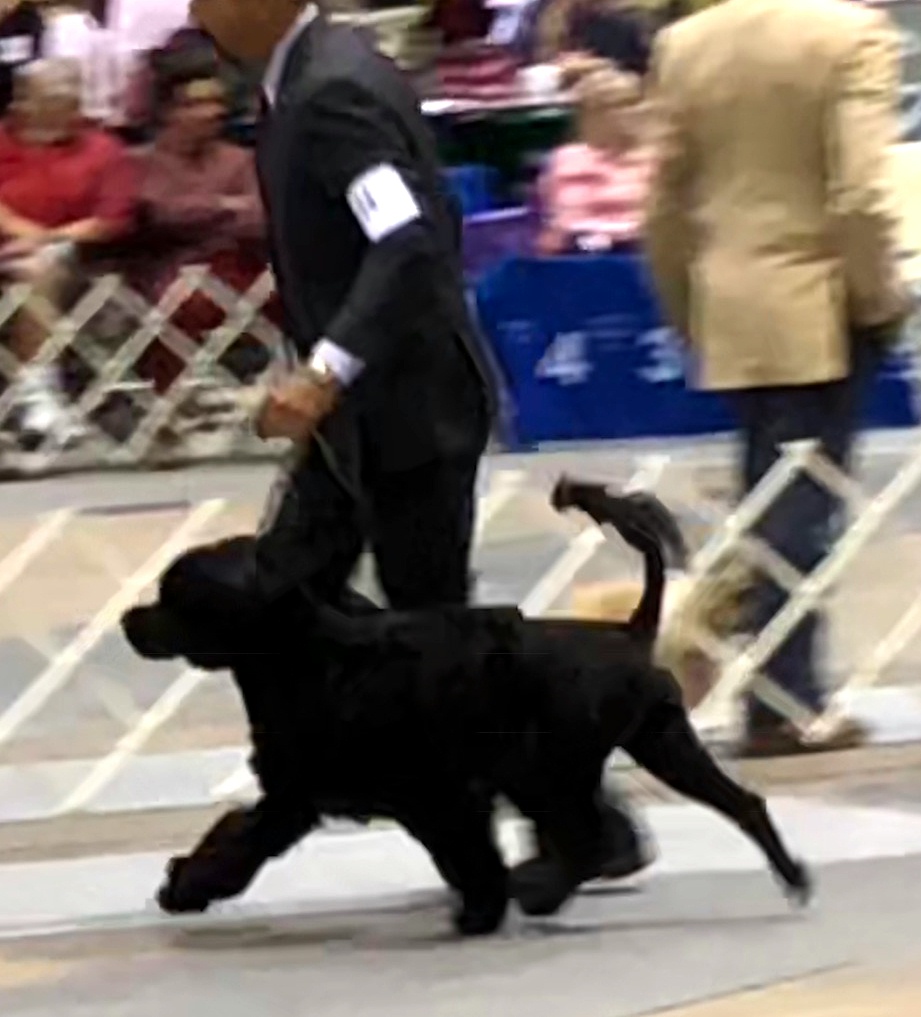 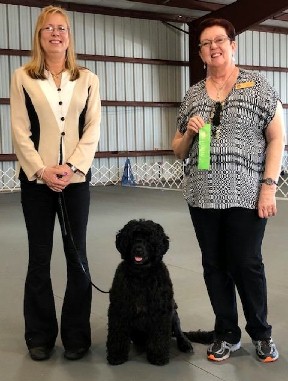 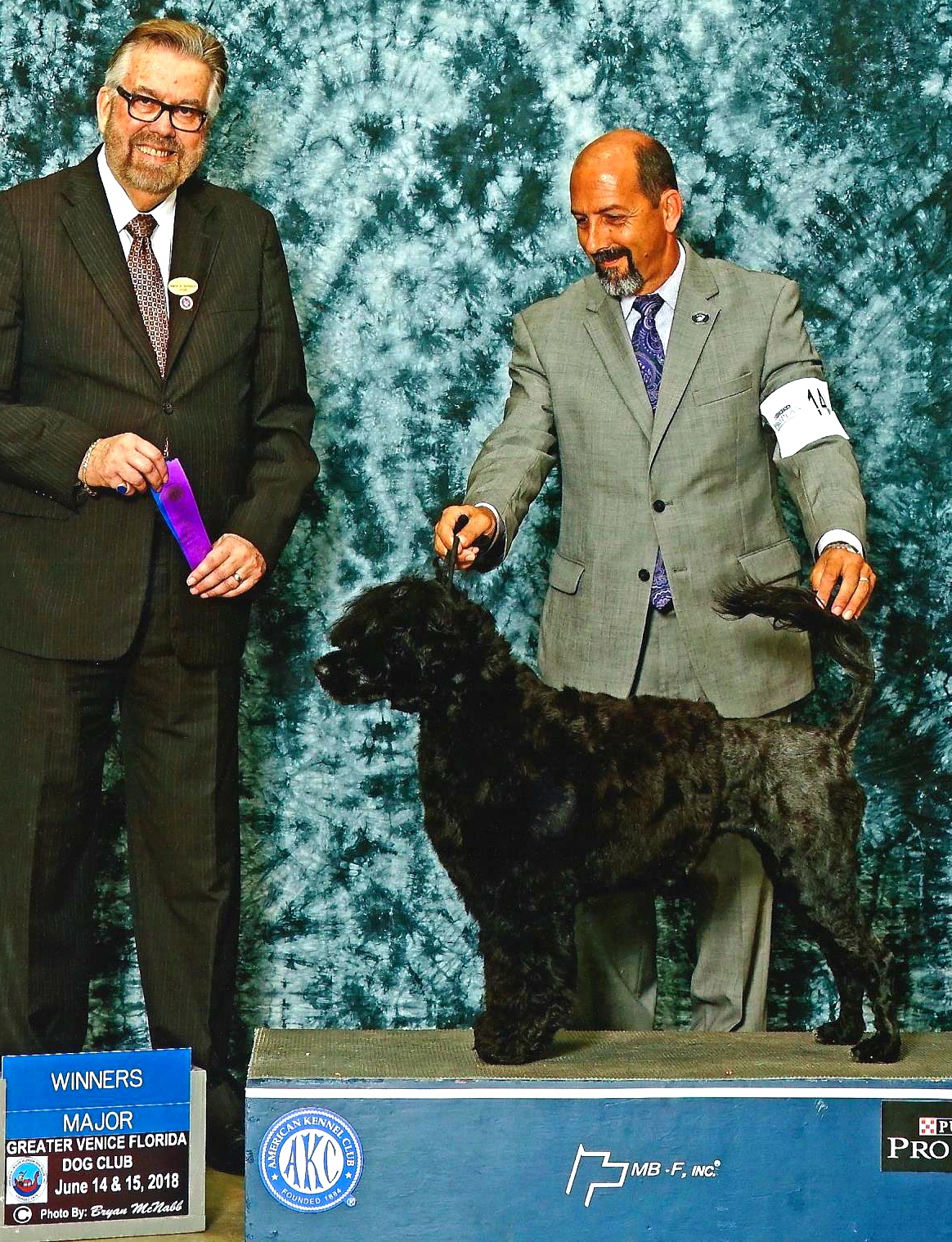 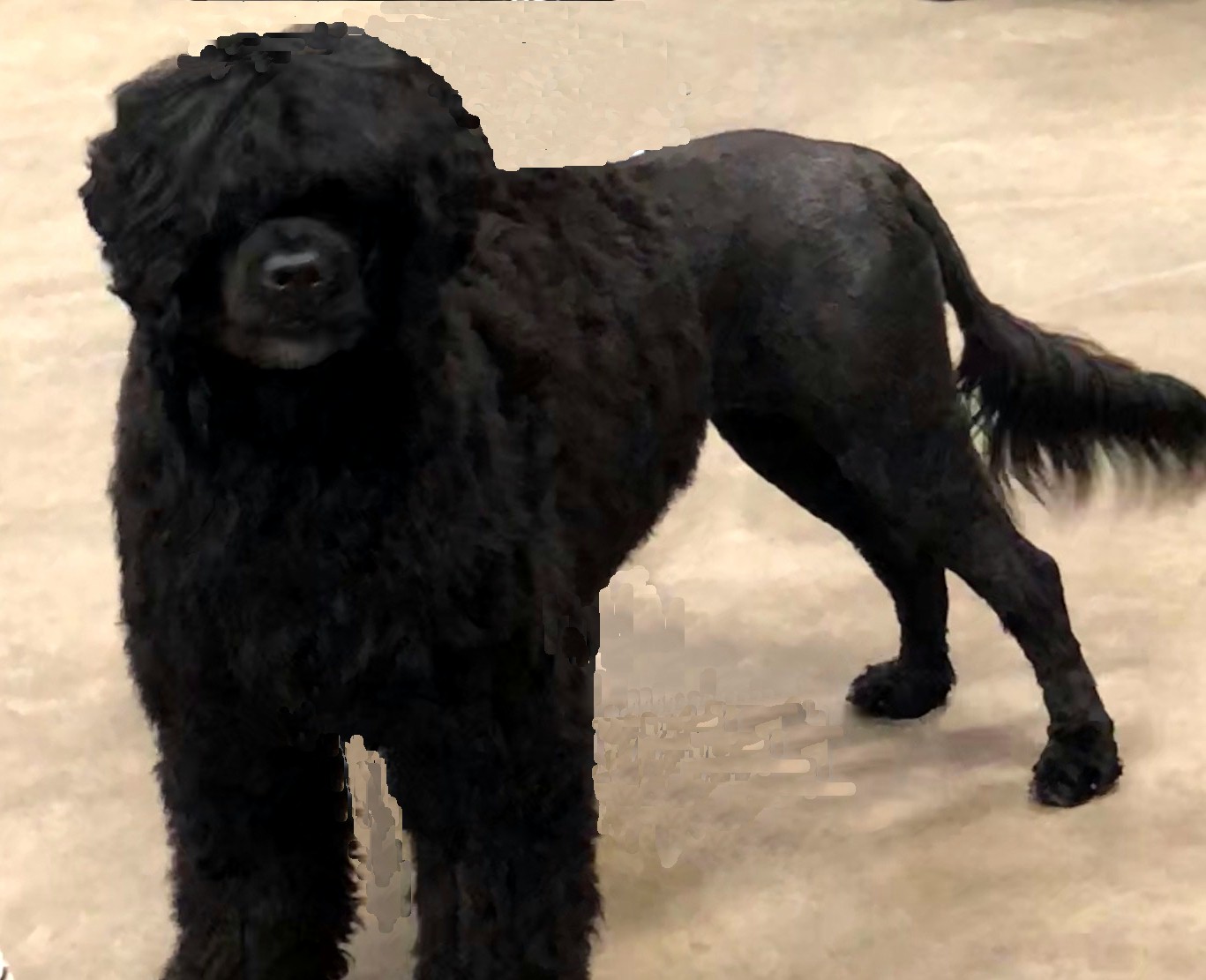 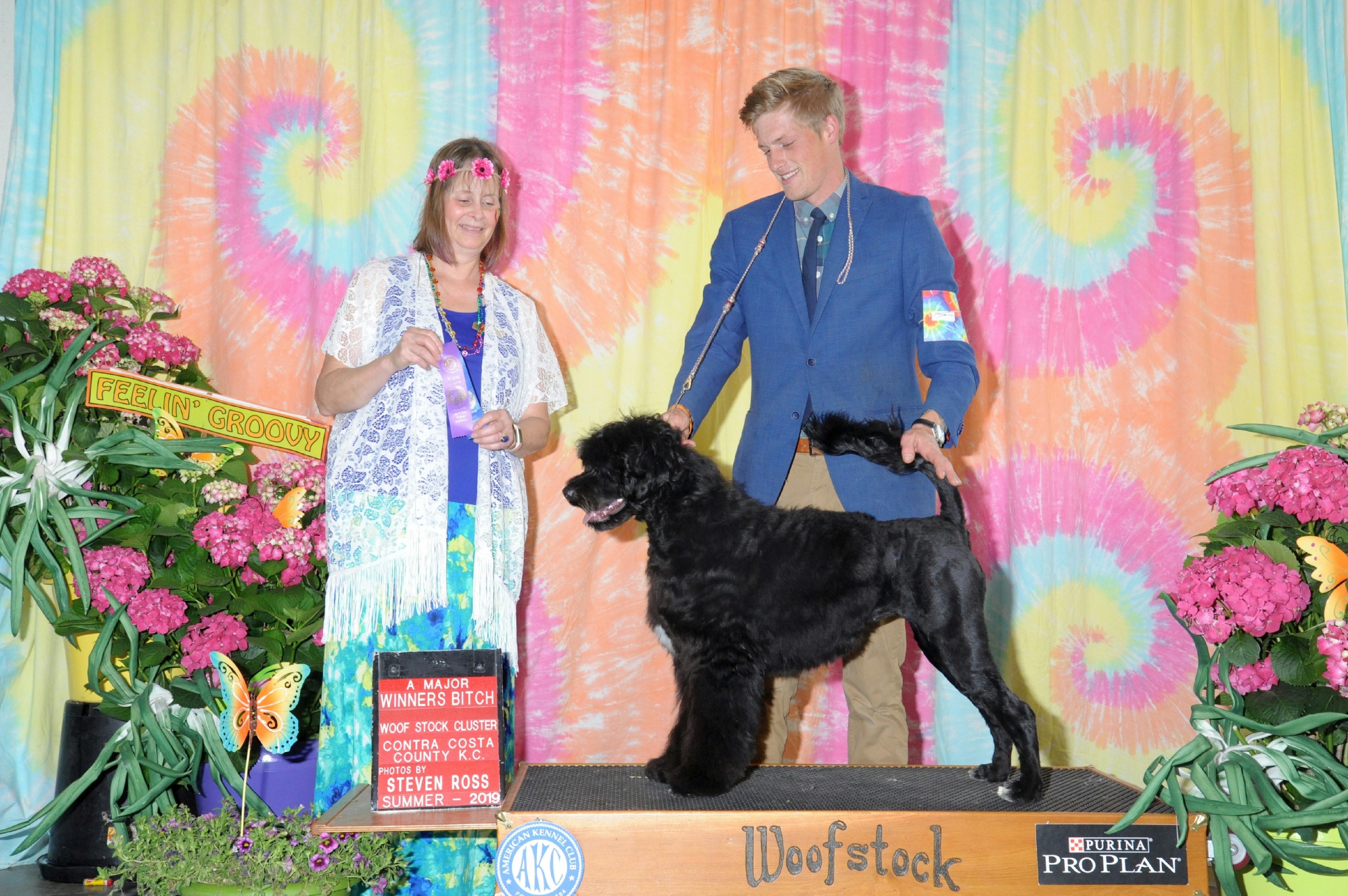 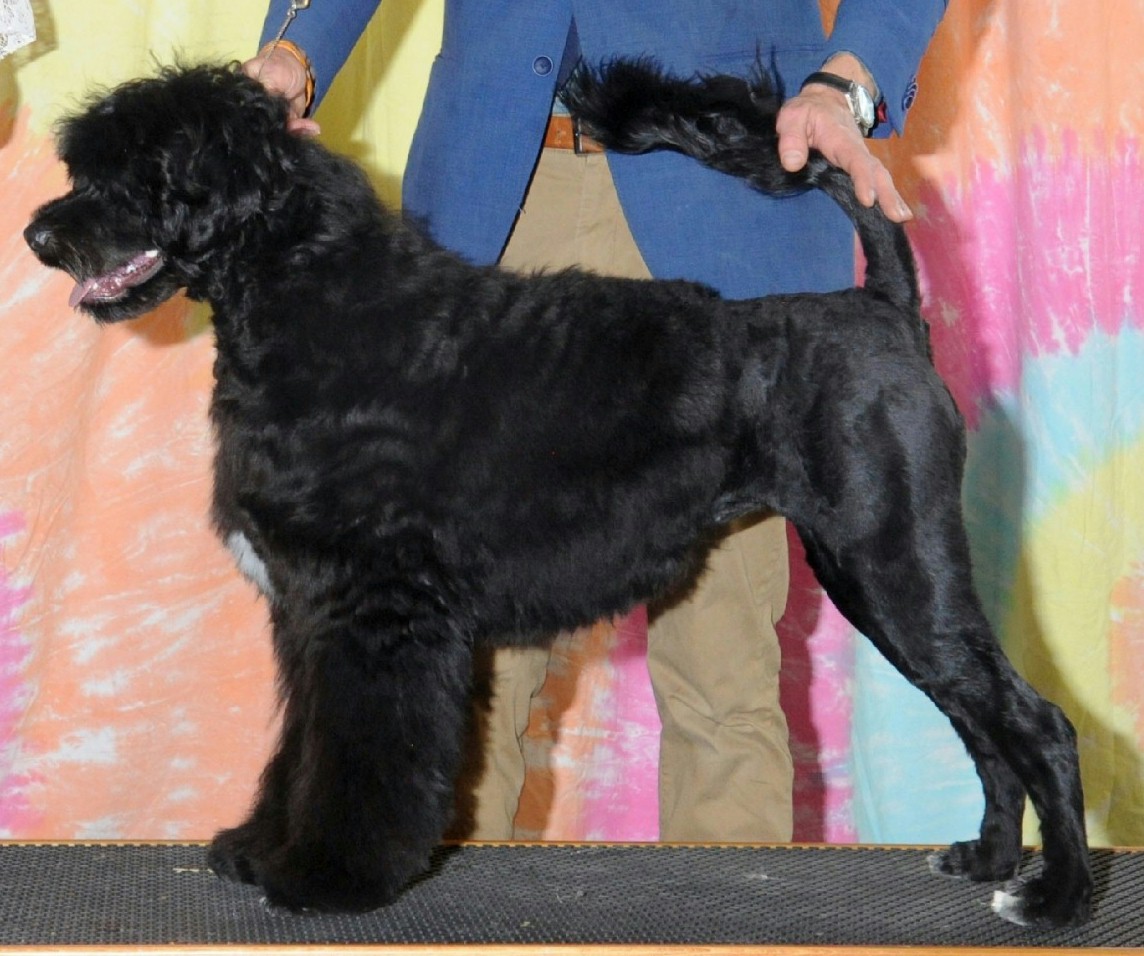 Caladesi Spicing It Up 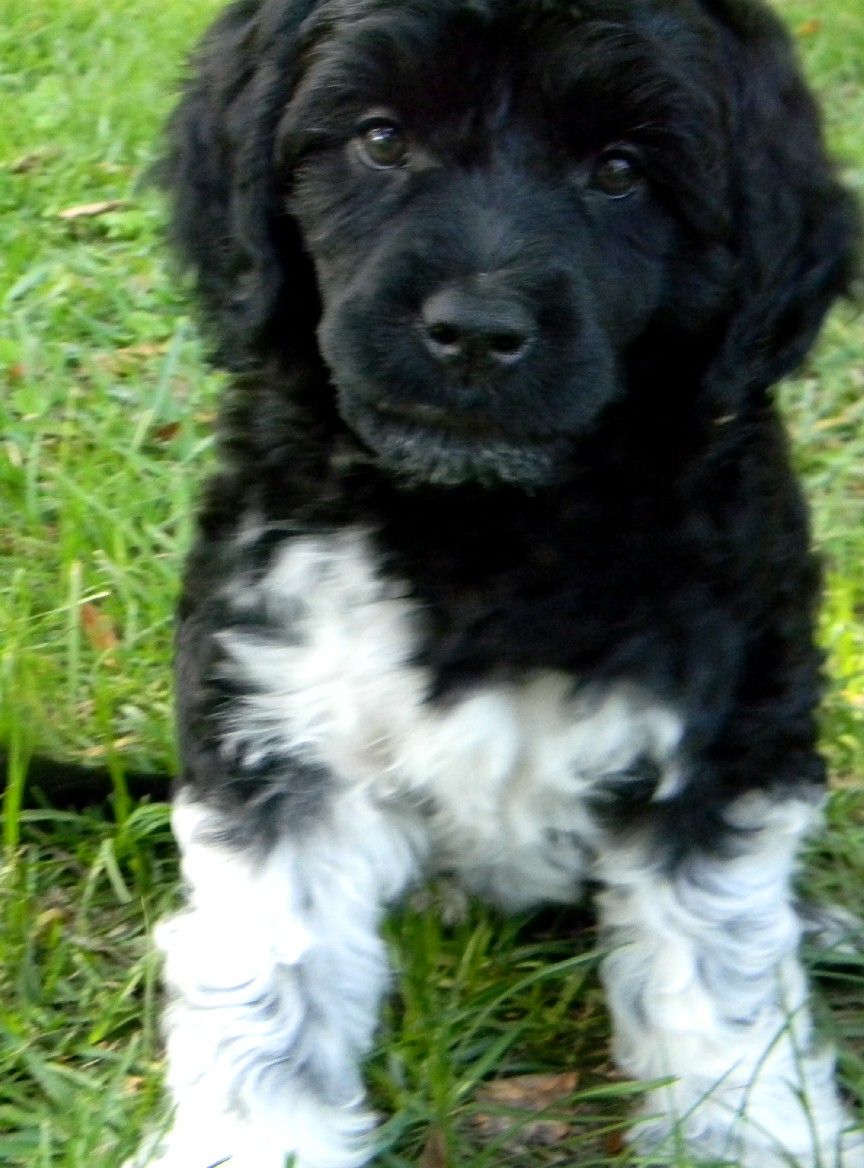 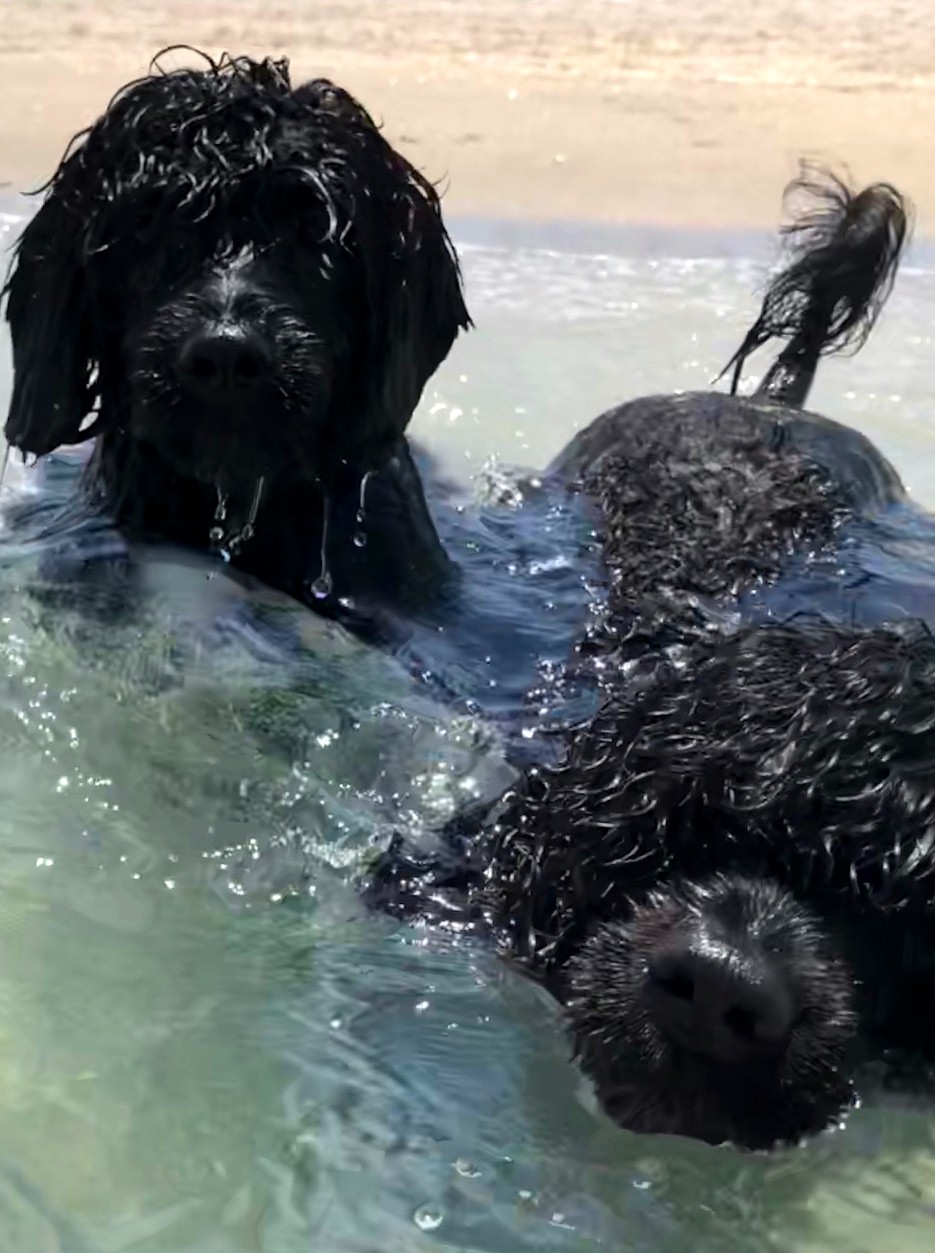